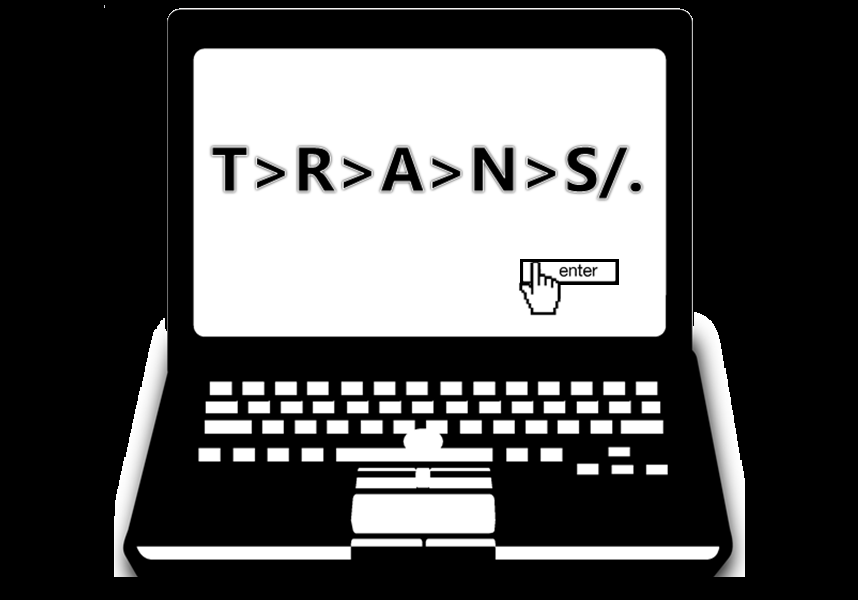 I was only in the beginning phase of coming to terms with my transsexuality. I was confused but more than that, I was scared. Scared of the process, scared of the costs involved and mostly scared I’d never “pass”.

It was an intense phase of my life. I was 25 and in my last year of college – getting my final grades and completing unfinished projects whilst working 40+ hours per week. It was crazy. I was fighting so many battles wondering if I would ever be OK. It was in this period, as I started to get my first check-ups with psychiatrists and spending countless hours in therapy that I started to explore my sexuality in a way I’d never done before.

I signed up to a transgender dating site and started presenting myself as female for the very first time. To my surprise most of the guys I spoke to found me attractive and I was finally feeling sexy. I thought to myself – these men obviously know I’m trans but they like me exactly as I am. It was fascinating. It was exciting. I was finally fitting somewhere.

Then one day he wrote. It was a cleverly written, funny message which eventually lead to our first Skype audio call. He played piano as we talked. There were moments of silence of course, when we’d just exchange thoughts but I enjoyed him playing for me. For the next three years he’d do that often. After my evening shifts I’d come home all in pieces, flip my Mac Book on and he was there – I was connected to him and his music. It was something worth looking forward to every day. It felt like a relationship but I didn’t think about it that way.

My body was changing and I wasn’t ready to have a relationship so it suited me.
Platonic boyfriend. Midnight jazz. Sexting. Lots of sexting!
But he never saw me – only in pictures that I highly curated. He didn’t care. I thought that made our connection even stronger. If he can like me for my personality, I thought, then that’s enough for me. I didn’t really want him to see me anyway since I had hair where a girl isn’t really supposed to, or if she does, does everything to remove it.

It suited me because I was embarrassed. It’s an embarrassment I’ve lived with since I was 14, when my body started to shift in the direction I most hated. Having him talk to me almost every day was a sign I was going to make it, I was going to be OK – someone will love me and there are men who will find me attractive. It was a false sense of security but it worked. It was like a coping mechanism for me- survival.

It was only in our third year of conversation that I started to feel more comfortable with my changing body – my breasts were growing, my body-hair was reduced to a great extent and I successfully removed my facial hair. I started to feel more confident – sexy and sexual. I completely changed the way I dress and style my hair which was now long and beautiful. My face was more feminine, my skin became softer and I could finally start to feel a sense of relief. Positive feelings about myself started to reflect on my body. Depression subsided with occasional outbursts but I was OK. I was finally feeling like I was in control. I could go to a job interview and even if I still wasn’t completely passable I would think “I can get this, I can do that, I can wear that, I’m worthy of that…” The more confident I felt the more I wanted to see him…

He was just a 2 hour flight away. That’s not long. Why would that be so hard?

Things started to get really awkward after our first face-to-face on Skype. It ended in a text that read: “We should only be friends.” My first reaction was to think I just wasn’t attractive to him. I was devastated.
Up until that point I never really questioned why someone would speak to me for this long and never ask to see me. I knew why it suited me but why did it suit him?
A month or two passed and somehow things seemed to pick up again. He was back to being interested – or so it appeared. So we went back to talking to each other almost every day.

In the meantime I met quite a few straight men in person who told me they were attracted to me but the ones I liked always had girlfriends so I couldn’t really further my relationship with any of them. I did however get a better feeling about myself and started seeing myself as more attractive.
But our saga continued – every time I would meet someone new I would tell him about it and he’d push extra hard to have my attention. All days of the week – Skype, phone or text – he was there. I found it flattering until I started seeing the pattern which involved giving me all his attention for about a week but when I’d suggest us meeting up the excuses were countless.

I’ve recently cut all ties with him which was extremely hard for me to do. I felt like my heart broke with all the expectations I created around how we would have ‘made it.’ We would have met and it would have been magical. We would become that cool couple with a great story to tell and I’d be the lucky girl who landed a man who’s strong enough to deal with all the stigma attached to the “inappropriateness” of our relationship. A part of me really believed that and I’m not ashamed to admit that it still does.

I’m now focusing on myself, my desires and getting ready for a few surgeries. I’m even contemplating going back to school. I’m 28 now but I feel like my life has only just begun.
I wish I could explain why I allowed myself to go so deep with someone I’ve never met or how it is possible to feel so much love for someone you’ve never even hugged, but I can’t. I still wish him the best and even though I could never understand him completely I’m thankful he was there for me when I was starting my transition. I’m not sure I would have made it this far without him, online or not.