A letter to a post-Brexit, Trumped up state

I understand why bigotry exists in the world. I get it. It makes sense to me. It isn’t particularly difficult to fathom why people find it hard to understand something they haven’t experienced and hard to trust something they don’t understand.

I used to think discrimination was a straight-up sign of ignorance but I realised that couldn’t explain why so many intelligent people say so many ignorant things.

We are all autonomous beings to a certain extent, but we would be lying if we said we weren’t also a product of our experiences. We’re born with a brain wired to go in certain directions – inherent and individual to ourselves – but the paths we take and the experiences we have (or don’t have) as a result are the synapses between the nerves.

There’s also a reason this isn’t always the case.

There’s a reason so many people who fear the ‘other’ do so. In fact there are multiple reasons. Life is filled with reasons – here are two.

One of them is empathy. Another is fear.

I put empathy first because without it fear is inevitable, and fear breeds mistrust. I know that I empathise with minorities because I am one and that bridges a massive divide. I have straight, white, male friends who are the epitome of allies but their beliefs mean they are their own minorities – and that I also understand. I get that it’s hard to truly empathise with someone so different than you but you have to give it a go or the outcome is deadly. Sometimes literally.

If you cannot connect yourself emotionally to another person or their situation – no matter how faintly – you no longer see them as ‘whole’ and once a person is not whole they cease to deserve the same rights as you do, because you are whole human person and they are not.

They are ‘other’ and you are better than them. Your life is worth more than theirs – if their life holds any value at all.

“This is my land. This is my wife. These are my crops, my house; this is my life and this is my God.”
All of this entitlement adds up to one important point:
“If it is mine, it is not yours…”

Bloodlines. Patriarchy. Womyn with a Y. Countries fighting for soil. White cops shooting black kids. Mexicans peering into America through a metal fence as if by simply being born that side of the border they lost the gene game. Syrian children dumped in camps unable to claim asylum just because they’re not ‘our own’ and therefore not our problem. Crying for Paris and praying for Orlando whilst ignoring the screams of the innocent Syrian civilians who lose their lives every single day in our war.

We don’t care about them though, because they’re not on our TV screens.

What is this apathy? Where does this anger come from? And why is it directed at the people who deserve it the least? Have we learnt nothing from a history of bloodshed and war?

Perhaps indifference, or even animosity is as old as humanity itself. Certainly it’s as old as any of us can remember. And it often lies in those with influence. Those with power. With privilege.

That’s not to say that privilege is inherently evil, but our experiences are coloured by it, whether we like it or not. 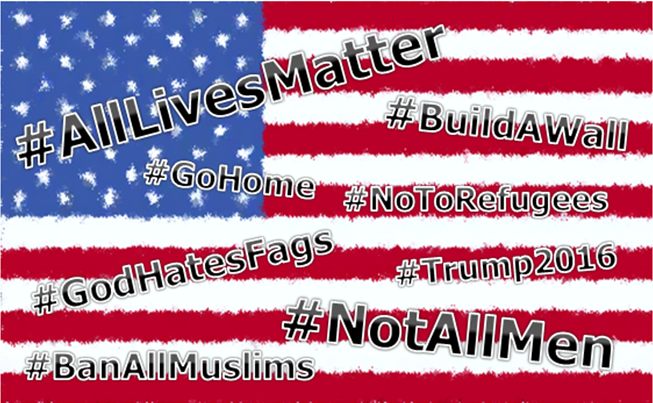 A few years ago I lost a little privilege. I realised I’m gay.

I live in a country where – for the most part – that’s ok. It’s tougher than being straight of course, but it’s OK.
I have it easy in comparison to so many but it does mean that I lost a little of my privilege. I lost enough. Enough to turn sympathy to empathy. Enough to make me see what I had always had.

Now, I see the world through the eyes of the ‘other,’ as part of a community who had to fight for so long even to be considered worthy of anti-discrimination protection let alone the right to marry. Part of a group who still have to prove their worthiness every day even though it’s supposedly enshrined in our law.

All of a sudden I’m on the other side of the fence.

I’m not saying I understand how refugees feel. I’m not saying I know what it would mean to see a literal fence on the border of the city I call home. I don’t know what it’s like to walk down the street knowing every policeman is wary of me whether they know it or not. I don’t know what it’s like to be trans*. I can’t fathom what it must feel like to have such a discrepancy between your physical body and your internal self. I can’t even remember what it was like to feel straight!

I guess what I’m trying to say is…next time you sit and wonder whether people fleeing their homes because of a war we play a large part in deserve somewhere to go…when you ponder whether Donald Trump was right when he suggested banning all Muslims from entering the US even though the biggest terrorist threat to America is actually white, Christian males…next time you question the validity of feminism because #notallmen when you know women are systematically objectified and assaulted on a daily basis and some men actually think they deserve it…next time you tell me my love is unnatural even though you don’t even know me, let alone what I feel in my heart…next time you shout ‘tranny’ and call someone disgusting and unnatural even though you’re the one fetishizing what’s in between their legs…next time you judge anyone on any basis, be it race, religion, gender, sexual orientation or any other traits other than your own…next time you’re given the responsibility to vote as a privileged citizen of your multi-cultural country in this multi-faceted world…

And if you don’t know any better, check yourself. Because it’s time you started to learn we’re all humans. Just like you.