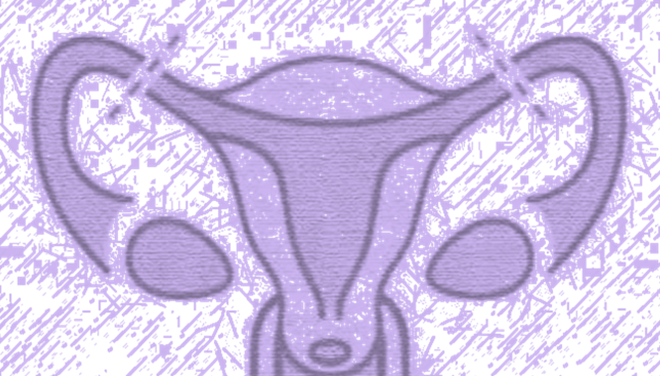 My Body, My Choice: Why I want to be sterilised in my twenties

I don’t want children. I’m sure. I’m so sure in fact, I’m trying to get sterilised.

I’m also sure because I’ve had a chance to try-before-you buy. I was a step-parent for several years and was actively involved in the upbringing of the child. I don’t mean the odd story or trip to the park, I mean changing nappies, potty training, getting up in the night when they were ill, cutting toenails, doing discipline, being sicked on…so I know what parenthood involves.

I know the strong bond you have with a child, I know what it entails, and I know how it turns your life upside-down. And now I have my life back, I like it. I don’t want to lose it again, even for a little someone I would love.

So why am I taking such a ‘drastic’ step? Well, for one thing, there’s the cost. I buy my pill privately. Because I run my packets together (why have a period if you don’t want to?), a six-month supply lasts me four. Given that the average age of menopause is 51 , I can figure on this level of expenditure for a further 27 years. Every time I renew my scrip, I pay out, then spend a week anxiously waiting for it to arrive, trying to figure out whether I’ll need to pick up alternative contraception if it’s late.

I could get my pill on the NHS and pass the cost on to the state, but I don’t. I don’t want the side effects of the coil and the thought of having an IUD or implant makes my stomach churn. Besides which, I flirt with the upper BMI boundary for implant usage so in a fat month, I’ll likely be declined.

The pill is great, but only if you take it properly- always remembering to bring it with you if you’re out late, compensating if you have a stomach upset, and so on. So it’s not a permanent solution. Sterilisation is. One op, and I’ll never have to worry about pregnancy prevention again. It doesn’t seem drastic to me.

According to the many people who react with horror at my decision, I must have come from an abusive home, (I didn’t), not have met the right person yet (kindly keep your judgements about the validity of my relationship for the occasions I ask for them), have something wrong with me, or just, plain hate kids.

I work as a swim teacher, with dozens of children, most of whom are perfectly nice. I also adore my nieces and nephew and dote on my friends’ kids. The key thing for me is that I can control how much of my life is given over to them. I can offer to babysit for an afternoon to help out a friend. I can join family in taking my niece swimming. But it hasn’t taken over my entire life, and I like that.

An alternative hypothesis is that I’m just the most god-awful, selfish individual on the planet. So I’m going to say this once. It’s not selfish not to want to procreate.

What’s actually selfish is having children you’re ambivalent about, then being a poor parent.

– Or pressuring and guilt-tripping other people into having children they’re unsure about.
– Or having children to prop up the ponzi scheme of a pension system, so you can retire on schedule.
– Or having children just as some kind of care insurance policy for your old age. Your kids might willingly decide to care for you when you’re old out of a spirit of respect and compassion. Or they might be caught in the trap of duty, waiting on faltering feet, resentful and guilty. Having children isn’t a guarantee of free care in your old age. Voting and campaigning for better social care, however, might be a good bet.

“But you’d be a great parent! You’re just the kind of person who should be having kids.

People who make value judgements over which kind of people should be allowed to breed? Stop. Don’t tell me that people like me (read middle-class, well-educated, fairly liberal, intelligent, and probably white) ‘should’ be procreating (against my will) while another undesirable group has their reproductive capacity curtailed.
If you espouse the view that some people have more right or duty to procreate than others, you’re an awful human being. It reeks of racism, classism and eugenics.

My fight is about me and my individual liberty to control my reproductive potential and order my life as I wish, not an attempt to engage in a social engineering project. And on the poverty argument, I agree. It is tough and certainly less than ideal to bring up a child when resources are tight. I’ve been there. I’ve been in a cold house with a child, wrapped together in three blankets at story time because we couldn’t afford to make using the heating a habit.

The solution to families going through these problems is not to vilify those who procreate despite poverty (which is sometimes permanent and sometimes temporary). The solution is to work towards a society where being poor isn’t dangerous. Where rogue landlords are prosecuted, welfare benefits don’t let people fall through the gaps, where there is a real living wage which allows people to have warm homes and good food and good basic opportunities; to offer young people trapped in poverty a means of escape and a reason to delay having children until they’re in a good position to provide for them.

“But aren’t you worried you’ll regret it?”

Not so much, actually. I’m making a sensible and well-justified decision now, in as objective a manner as I can. I acknowledge that I’m an emotional being (hello, P.S. I Love You), and it’s perfectly possible that I might regret my decision in the future. I can’t insure myself against that.

However, I’d argue I’m probably more likely to regret my decision due to the overwhelming narrative around childfree women being that we’re broken, sad, mad, and don’t know real love.

Also, when was the last time you asked that of a pregnant woman?

Having a child is also life-changing and permanent. Very few people would dare tell a 24-year-old woman in a stable, loving, cohabiting relationship that maybe she was too young to be making such a permanent change to her life, and that she could always have an abortion. No doctor would make her wait until she was 30 to access fertility treatment if she couldn’t conceive, just to make sure she knew her own mind and wouldn’t regret her choice. Why then is this the dominant conversation when it comes to the childfree-by-choice?

Logically, it would make more sense to question the decision of the woman wanting the child. Giving birth presents a huge shift in your entire lifestyle, The Earth is already overpopulated and another little consumer is being added to continue the stripping of its finite resources.

Having children puts a strain on relationships. It’s a major financial burden. These are all factors that could stand some scrutiny but politeness holds us back, because having a baby is ‘normal’.

Life doesn’t have to be empty just because it doesn’t have a child in it. My life isn’t currently empty, and it won’t suddenly become empty at age 30 because I haven’t sprung a sprog. I’ll carry on doing my job, which I love, spending time with my partner, whom I love, and with friends and hobbies. These things are possible with children, but I can devote more time and energy and to all these things if I’m not worn out from mommying. Also, I can be an energetic and enriching aunt for my nieces and nephew, as well as spending time with my friends’ kids.

I don’t hate kids. It’s just I’d rather be part of the village raising the child, than being a parent myself. Mums and dads do a great job. So do firefighters and paramedics. I respect them for what they’re doing. I just don’t want to sign up.

I find myself thrust into the role of advocate for women’s rights to control their fertility in a permanent manner. I didn’t expect anyone to have to do this in 2016 – certainly not me – I don’t enjoy being a single-issue empty-womb warrior. It’s draining and makes me an angry, obsessive, boring person.

I’d like to get my tubes tied, have a week off work, and then get on with my life, but judgemental people, societal bias and state interference in my bodily autonomy have started this fight, and I’m going to see it finished.

For more information about Female Sterilisation, visit the NHS site, or visit your GP.

Sophie Merrick is a a swimming and lifesaving instructor, with a keen interest in health promotion, based in the Midlands. Sophie is also moderator of the Facebook group, The Positive Feminist.   You can find her on Twitter @MerrickSophie or Instagram @sophymerrie.